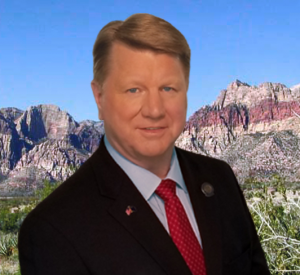 Jim Marchant has been a leader and innovator in the computer software, Internet, and telecommunication industries beginning in 1984. He has founded and served as CEO and President of numerous technology companies.

In 1984 Jim founded and operated a computer software company and sold computers and software throughout the country.

In 1994 realizing the potential magnitude of the Internet, Jim founded and operated one of the first Internet service provider companies in the country. Being a pioneer in the Internet industry, Jim fought efforts by the Government to overly regulate the new revolutionary technology. And for that reason, Jim founded the Federation of Internet Service Providers of America (FISPA) and served as President for six years.

Under Jim’s tenure, FISPA formulated laws and lobbied the US Congress, FCC and State legislatures to enact most of the cyber laws that are in effect today.

Jim successfully lobbied against Internet taxation in Florida during the mid to late 1990s, receiving national press attention from both print and TV news media. This effort set a national precedent for no taxation on Internet access. As a result, most state legislators and the US Congress passed bills that would exempt consumers from paying sales tax on Internet access as well as no sales tax on online purchases through the Internet.

In addition, Jim successfully lobbied state utility commissions and the FCC to prevent the Internet from being classified as a utility keeping the Internet open and free from government regulatory control.

In 1999 Jim was appointed by the Florida Legislature and Florida Governor Jeb Bush to serve on the Florida Information Service Technology Development Task Force. This task force was established to automate Government agencies using the Internet to facilitate online interactions with its citizens.

In 1998 Jim raised approximately $17 million dollars to start one of the first VOIP telephone companies in the country and served as the CEO and President.

After retiring in 2003 Jim moved to Nevada in 2005 and continued to be active in politics.

In 2016 Jim ran for and won the Nevada State Assembly seat representing District 37 in Las Vegas. He served on the Commerce and Labor, Energy, Taxation and Government Affairs Committees.

In February of 2021, Jim announced his intentions to run for Secretary of State in Nevada. 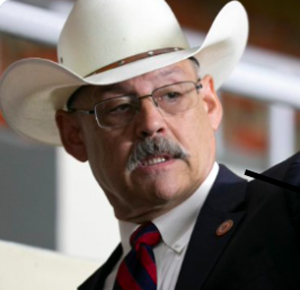 Representative Mark Finchem was born in Detroit, Michigan, and grew up in West Michigan. He served 21-years with the Kalamazoo Department of Public Safety, first as a firefighter/paramedic, then as a law enforcement officer.

Living outside Kalamazoo, he lived the farming and ranching life in a very small rural community. When he retired, Rep. Finchem moved to Tucson, Arizona. Since then he has led both large and small business organizations, maintains his ranching roots, and is eager to serve others.

Rep. Finchem was originally elected to serve in the 2015 Legislature and now is in his 4th and final term. Arizona has term limits, and Representatives are allowed 4 consecutive terms. 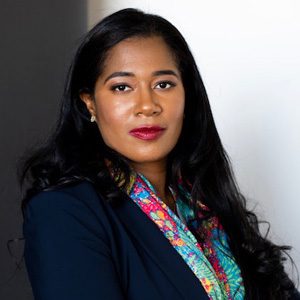 Kristina Karamo is an educator, trained in Christian apologetics and a mother of two, from Oak Park, Michigan.

Kristina has a passion for altering the trajectory of Michigan from minimized potential to maximized prosperity.

Kristina understands that the Constitution represents the rule of law in America. With its primary focus on limiting the powers of government while maximizing usable God-given unalienable rights. Her motto is, “Servant based public service.”

Kristina’s accomplishments make her a formidable SOS candidate. Those include participation in an ongoing research project to determine the “governmental-pathologies” that prevent the office of SOS from operating according to the rule of law. This SOS research includes building  a patriot team of previous SOS personnel. This  team represents a complete operational understanding of all SOS election system failures and inefficiencies. Additionally, this team has joined with Kristina to create remedies to SOS systems failures and inefficiencies that will be ready to  deploy on day-one following her election.

Kristina’s experiences have also led to her being a guest on some of the nations most highly rated political commentary/debate shows. She’s had multiple appearances on shows including the Sean Hannity Show, Fox & Friends, Lou Dobbs Tonight, BBC World News and numerous other programs. Show debates included election corruption, remedies and other topics.

Additionally, she has become a Michigan favorite on the popular Fox 2 Detroit TV show “Let it Rip”. There she dominates the debate by being an expert in the ability to make a case for the principles found in the Constitution, mentioned 79 times in the Republican Party platform.

Primarily, Kristina has decided to be a candidate for Michigan Secretary of State to ensure election outcomes are determined by voters not corruption, and to increase the capability of the DMV to service citizens more efficiently. Kristina Karamo will work to restore the rule of law in Secretary of State systems, as part of the process required to earn back the trust of citizens.

Kristina is a graduate of Oakland University in Rochester, MI, earning a B.A. in Communications leading to her existing career as college professor. Kristina currently is a faculty member at Wayne County Community College, teaching Public Speaking and College Orientation.

Additionally, she earned an M.A. in Christian Apologetics (defending one’s position), from Biola University in LA Mirada, CA. Also, Kristina is an alumnus of the Discovery Institute’s C.S. Lewis Fellows Program on Science and Society, which deals with the failure to embrace academic freedom in the sciences, and the related impact on society.

·       Served on Right to Life of Michigan’s Black Leadership Committee 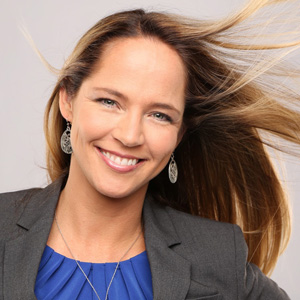 Rachel Hamm is a best-selling author, speaker, and host of The Rachel Hamm Show.

Rachel and her husband of 25 years have raised 4 sons.

Serving as a children’s ministries director at a large evangelical church Rachel oversaw a staff of over a hundred people coordinating weekly schedules, lesson plans, and activities.

Rachel went on to a position in operations with Live Nation and AEG where she worked directly with top artists and musicians coordinating and facilitating production requirements for live shows.

As a result of CA Governor’s Covid-19 mandate and lockdowns, shows and concerts were canceled and venues closed across the state leaving millions out of work.

“Necessity is indeed the mother of invention.” – Plato

In 2020 Rachel launched The Rachel Hamm Show which highlights political, cultural, and spiritual issues facing us today. Rachel has an audience of 30,000+, with people tuning in from all over the world. As a result, Rachel has been invited to speak to audiences all over the nation.

Rachel is an advocate for constitutional law for every American and civil rights for every human being.

Over the past decade, Rachel has watched these absolutes for our Republic eroded.

Rachel is running for Secretary of State to ensure that future generations have fair and free elections. 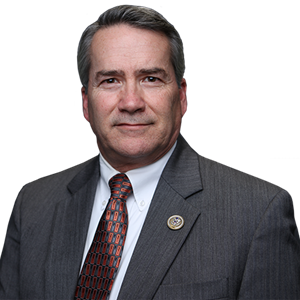 Free and fair elections are the foundation of our country. What Brad Raffensperger did was create cracks in the integrity of our elections, which I wholeheartedly believe individuals took advantage of in 2020. Though I am encouraged to see the General Assembly taking it upon themselves to address some of the glaring issues in our elections, Georgia deserves a Secretary of State who will own the responsibilities of the office. If elected, I will instill confidence in our election process by upholding the Georgia Constitution, enforcing meaningful reform, and aggressively pursuing those who commit voter fraud.

Every Georgian, in fact, every American has the right to be outraged by the actions and, simultaneously, the inaction of our Secretary of State. Our state deserves a leader who steers clear of scandals and focuses on the incredibly important duties of the office. If elected, my top priority will be ensuring every Georgian’s legally cast ballot is counted in future elections. I am excited about our campaign and I know together we can renew integrity! 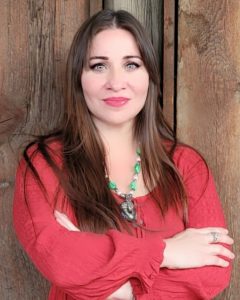 The state of New Mexico deserves fair, free elections and that starts with a Secretary of State who believes in one vote per registered legal voter.

Audrey Trujillo is a 15 generational Native  New Mexican, born and raised in Santa Fe, NM. She graduated from Santa Fe Highschool in 1990 and went on to College at the University of NM where she graduated with a BA in Criminal Justice, BA in Spanish and Portuguese and a MA in Public Administration.

In addition, Audrey is a small business owner and operated a licensed Child Daycare for over 10 years while pursuing her degrees at the University of NM.

After graduating from College, she met her husband of 20 years and together raised a family of 2 sons ages 17, 18 and 1 daughter age 11.

During this time Audrey put her career goals aside to be a stay at home mother and raise her children. Nonetheless,  Audrey stayed active with the community by volunteering for many activities and positions that surrounded her growing children. Some of these positions include Director of the Corrales Mentor Center that taught anti-bullying seminars, Martial Arts, Self Defense courses for children and adults. In addition Audrey volunteered at the Corrales Elementary School where her children attended as the PTA Treasurer and PTA President. She also volunteered as the PTO President for Taylor Middle School where her older children attended. Besides volunteering and community outreaching, Audrey has been an active citizen in her community and in the State of NM. Audrey is known for her Conservative Activism and organization of Community events that bring awareness to detrimental bills and laws. Audrey has testified against many bills that would have negatively effected our citizens and the New Mexican way of life.

In addition, Audrey has also taken part in the grassroots efforts to pursue a forensic audit that would help expose the voter fraud in NM elections.

Currently Audrey holds position of the Republican Hispanic Political Director for the State of New Mexico.

Audrey’s dedication to the people of New Mexico is what makes her stand above the rest. She has been a voice for our children and our elderly and every New Mexican.

Her goals as Secretary of State are to focus on fair elections, bring back integrity and make sure every legal citizens vote is counted.

For far too long we have seen corrupt elections in the State of New Mexico and it is primarily because we have not been paying attention. Many elected officials are in office not because they are the right person to represent the people, but because we have a good old boy mentality. “Current laws against voter fraud need to be implemented and those found guilty prosecuted to the fullest degree.”

It is a federal crime to rig an election or take part in voter fraud. Currently there is a $10,000+ fine and/or 10 years in prison. As the Secretary of State, Audrey will hold all accountable no matter what party or affiliations. One fraudulent vote is too many. As the record keeper of the State, Audrey will make sure that every county clerk is held responsible to her duties for their counties. It is important to Audrey that we use safe Technologies to streamline processes and ensure quick responses for inquiries.

Audrey is focused on bringing back integrity and honesty to the office of the Secretary of State.

Every registered citizen should not have to wonder if their vote counted. Every vote will always be secured under the administration of Audrey D. Trujillo.

Vote for a integrity and accountability in New Mexico elections. Vote for common sense voter security measures including voter ID and eliminating unsecured ballot boxes. Vote to stop Voter Fraud in NM! Audrey Trujillo is the only candidate that has proven her loyalty and persistence to stand with the people of New Mexico. Vote Audrey Trujillo “True Hero” of New Mexico. 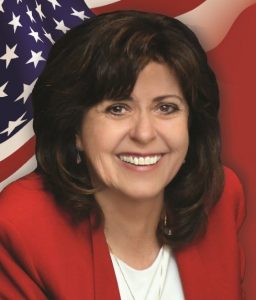 Dorothy Moon (Republican Party) is a member of the Idaho House of Representatives, representing District 8B. She assumed office on December 1, 2016. Her current term ends on December 1, 2022.

Dorothy Moon is running for election for Idaho Secretary of State. She declared candidacy for the Republican primary scheduled on May 17, 2022.